by The Westbrook Trio 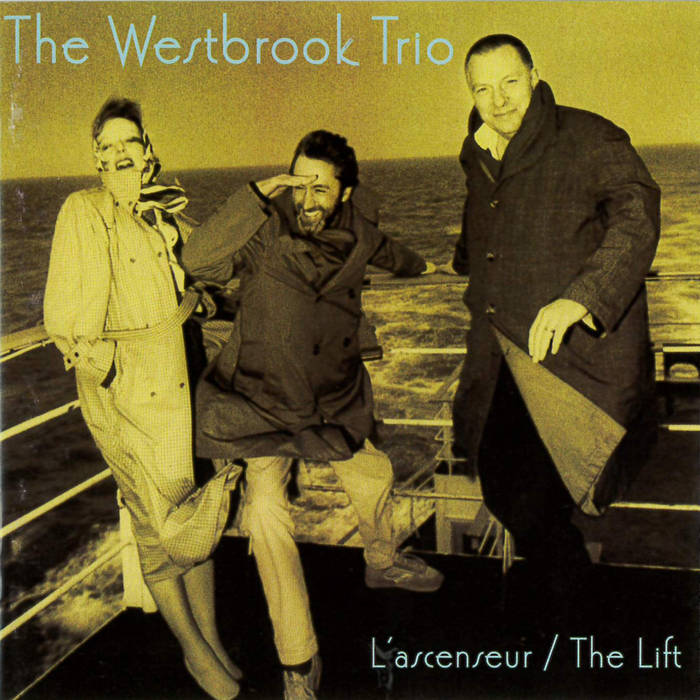 From Bargain Basement to Roof Garden, the elevator doors open to reveal glimpses into the life of the Trio in twenty years of Geographical and musical travel.

L'Ascenseur/The Lift, a piece conceived by Kate Westbrook and developed collectively by the trio, exists in English, French, German, Portuguese and Italian versions, reflecting the group's European history. The premiere of this new piece in Nancy on 23 April 2002 was followed by performances in Metz, Zurich and Esch, Luxembourg. Further performances, including the Brit-Jazz festival in Dortmund (recorded by WDR) and Braga, Portugal, preceded the recording of this album with Jon Hiseman, and the U.K. premiere at Kettle's Yard, Cambridge on November 13, 2002.
Martin King. Editor: Smith's Academy Informer.

𝐑𝐄𝐕𝐈𝐄𝐖𝐒:
This is a wonderful album full of evocative images of their tales and travels, including Kate in various languages, as they make their way across the globe.
Stacey Kent JAZZ LINE-UP - BBC Radio 3

An intriguing stroll in the dark. Think of Kurt Weill crossed with J G Ballard at his most dreamlike, and you have some idea of this imaginary, multilingual odyssey, the settings shifting endlessly across the globe.
Clive Davis - THE SUNDAY TIMES

Westbrook's disciplined ear for structure ensures that both Kate Westbrook and Biscoe have solid bases on which to develop their improvisations. 'Lunar Eclipse Over Western Australia' shows Biscoe at his most eloquent, recalling Konitz in the way he constructs his solo: note by note, and phrase by phrase.
Hugh Gregory - JAZZ REVIEW

Music by Mike Westbrook and (5) by Chris Biscoe
Texts by Kate Westbrook
Versions in Italian (2) by Sergio Amadori, in German (3 & 10) by Tommy Bodmer, Portuguese (5) by Teresa Carvalho and Matt Meyer, and French (8) by Lucienne Droz

Mike Westbrook, composer and pianist, has received many honours and his outpouring of work in a career stretching over 50 years, ranges from scores for full orchestra to solo piano improvisation.

Bandcamp Daily  your guide to the world of Bandcamp